The TLS has once again teamed up with the Hounslow Ganeshotsav Mandal (HGM) to help arrange the immersion of Lord Ganesh into the River Thames at Kingston Sailing Club. The event has now been running for 11 years and it has been estimated that the immersion has included over 5,000 people from the Hindu community who had previously had very little contact with the Thames Landscape- many previously feeling that the river had little value to them.

In 2018, the TLS will establish a volunteer programme with HGM that will be rolled out over the winter 2018 /19 at Dukes Meadow, Canbury Gardens and Ham.

On 13th September the HGM was opened with a spectacular event in the Jubilee Room at Westminster Hall attended by three Hounslow MPs (SeemaMalhotra MP pictured below) and representatives from the London Hindu community. The TLS Co-ordinator spoke about the relationship and the value that the partnership has added to the diversity of the river landscape. 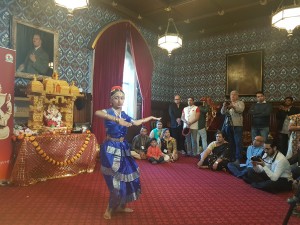 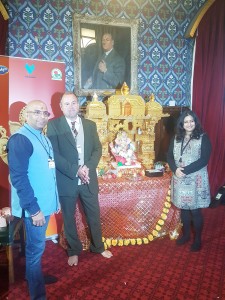