On Monday evening (31st March), 230 people gathered for a unique fund raising event to help start the celebrations to mark the 20th anniversary of the founding of the Thames Landscape Strategy. The event took place at Hampton Court Palace and included a champagne reception in the Cartoon Gallery before guests made their way to the Great Hall for the show. 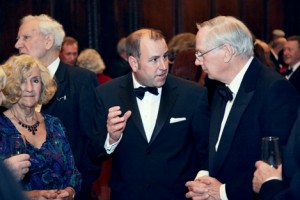 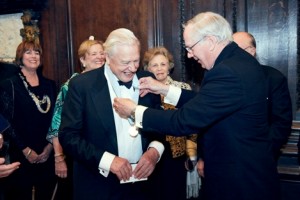 Written by Richmond based Richard Morris and Doug Pinchen the performance told the story of the River Thames in words, music and pictures. The cast list read like a West End who’s who – many locally based actors providing their time for free. 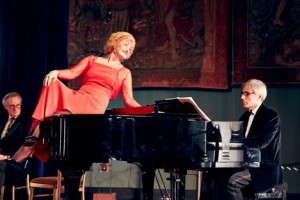 The two hour show traced the history of the Arcadian Thames from the crowning of the Saxon Kings at Kingston to the rock and roll highs of 1960’s Twickenham. The show finished with a rally call for the Thames Landscape Strategy – one of the region’s most successful environmental charities. Since 2000, the TLS has carried out over 200 strategic projects and raised £20M for environmental enhancements along the river in four boroughs – Kingston, Richmond, Hounslow and Elmbridge.

Notably in Richmond the TLS completed the £5M Heritage Lottery Funded scheme to restore the View from Richmond Hill. Jason Debney, Co-ordinator of the Thames Landscape Strategy noted “The performance at Hampton Court was a magical evening – our thanks go out to all those people who made it happen. Everyone gave their time for free and it really was a very special occasion. Particular thanks to Doug Pinchen and Richard Morris who wrote, staged and produced the event”.
Continuing, Jason stated “The Thames Landscape Strategy has had such phenomenal success. Since completing the Arcadia project, we have been focussing our attention in other parts of our region and putting together a new set of projects for Richmond upon Thames as we had quite simply completed most of them”. 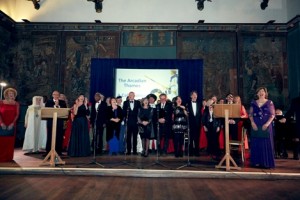 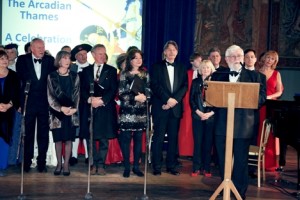 TLS Chairman Cllr Paul Lynch (London Borough of Hounslow) stated “The Thames Landscape Strategy is widely recognised as one of the most important projects on the Thames and our track record of success clearly demonstrates this. We are the only organisation that brings all of the authorities, organisations, boroughs and community groups together along the Thames between Hampton and Kew. I look forward to the next 20 years”.

The Hampton Court Palace event was to raise money for a new educational project of the TLS. To raise the money to construct a replica of an C18th Chinese Tea Tent with a camera obscura. The tent would fit 20 people inside and be used as a way to interpret the landscape at local fairs and schools.